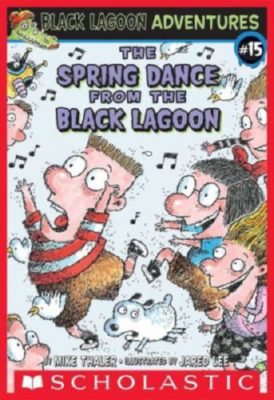 The Spring Dance from the Black Lagoon

It's spring and Hubie's class is having a dance. Everyone has to go. Everyone has to dance...with girls! But Hubie has two left feet and all the wrong moves. Plus his dance teacher is the size of a football player. Will Hubie sweep his partner off her feer, or will he end up flat on his face?
Jared Lee