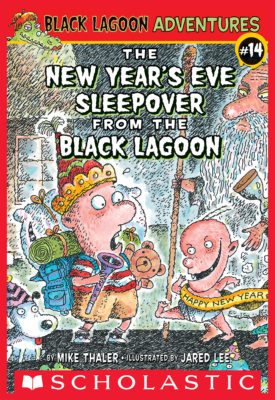 The New Year's Eve Sleepover from the Black Lagoon

Eric is having a New Year's Eve sleepover, but Hubie has never spent the night away from home. He's going to be in a strange bed, in a strange room, in a strange house. What if Hubie gets sick or has a bad dream? What happens if Eric starts telling his cheesy jokes? And what's all this talk about making a New Year's Revolution?!?
Jared Lee