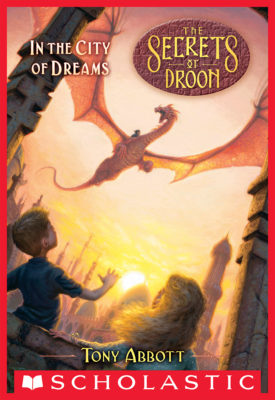 In the City of Dreams (The Secrets of Droon #34)

Eric has been wounded during an epic battle with Ko and his beasts. Now, the young wizard lies in a coma, trapped in a dream-state halfway between fantasy and reality.

Desperate to find a cure, Neal, Julie, and Princess Keeah rush to Samarindo, a beautiful but dangerous city famous for its dark magic. But they are immediately attacked by a group of bandits. Can the friends track down the cure before it's too late?