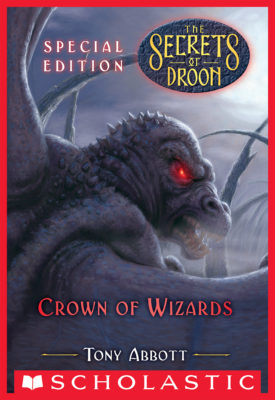 Crown of Wizards (The Secrets of Droon: Special Edition #6)

Has Eric gone bad for good? The young wizard has joined forces with the villainous Moon Dragon, Gethwing, to seek out a magical artifact that will give them untold power.

Keeah, Julie, Neal, Galen, and Max know they need to do whatever it takes to stop Eric and Gethwing-- even if it means putting their old friend in harm's way.

But Gethwing is planning something more terrifying than even Galen can predict. And with Eric at his side, he may be unstoppable. . .