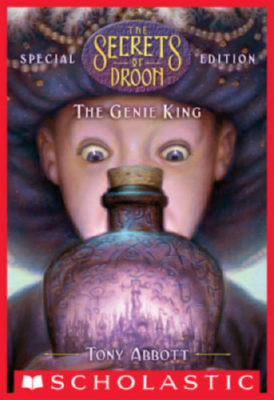 The Genie King (The Secrets of Droon: Special Edition #7)

Neal, Julie, and Keeah are on a quest to find the wizard Galen and his all-powerful Moon Medallion. But this is no ordinary mission, for the Moon Medallion is hidden in no ordinary place. It's somewhere in Ut, a magical city in a bottle that only appears once every one hundred years.

Fortunately, as a genie, Neal can travel through time. But he'll need a little help from his fellow genies to find the Medallion. To prove himself, he must complete seven difficult trials. Will he pass the genies' test in time to save Galen?