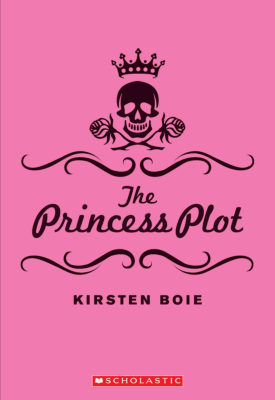 Jenna just won the starring role in a movie about a princess--sweet! In the wink of an eye, she's whisked off to the remote, romantic kingdom where the story takes place. But something's amiss: Instead of being on a shoot, suddenly she's being shot at!

The legit princess--to whom Jenna bears a suspiciously striking resemblance--has gone AWOL on her whole real-life royal gig, and soon Jenna's swept up in a treacherous rebel plot. Lies, camera, action, this is no dress rehearsal. The girl has got to act to save her life!
Kirsten Boie

KIRSTEN BOIE is the recipient of Germany's prestigious Jungen Pris and the bestselling author of several children's books. THE PRINCESS TRAP is the sequel to THE PRINCESS PLOT, her first novel to be published in English. She lives in Hamburg.