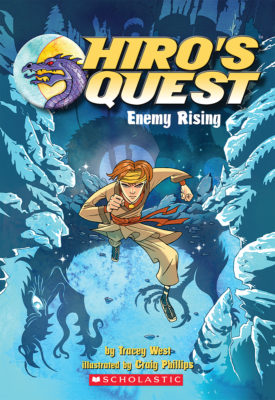 Hiro had heard stories about Fujita. The evil ninja was said to have mysterious powers. And no ninja who had faced him had lived to talk about it. And now his shadow loomed over Hiro's remote mountain village. Fujita sought an ancient amulet that would bring him one step closer to absolute power over the Kenkoro kingdom. Hiro and the rest of the Hinata family had to find the amulet first. But Hiro still had much to learn, and many ninja skills to master. How could a young ninja-in-training help defeat the most evil ninja in the kingdom?
Craig Phillips

Craig Phillips's work has appeared in publications such as Rolling Stone and SPIN. Craig loves making pictures, snowboarding, surfing, and most things Japanese. He lives in Australia with his wife and son. Visit him at www.craigphillips.com.au.