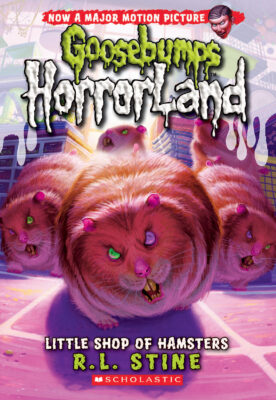 Sam Waters desperately wants a pet. Too bad his parents don't think he's responsible enough and will barely let him keep the weird Insta-Gro animal from the HorrorLand gift shop. To prove he's responsible, Sam takes an after-school job in a pet store that sells nothing but hamsters. To his horror, Sam soon finds that cute little hamsters can become very UNCUTE monsters. Suddenly, Sam isn't fighting for a pet-he's fighting to survive! Could the HorrorLand souvenir have anything to do with this?