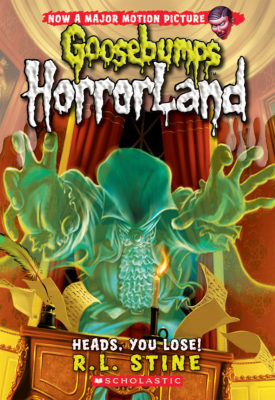 After an unlucky flip of the coin, Jessica and Ryan find themselves in a strange land being chased down by angry guards. HorrorLand was scary but this is much worse. Will they be able to escape with their heads still attached?