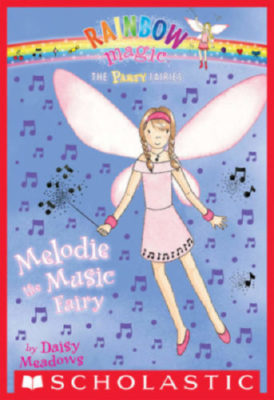 The Party Fairies' magic is missing --- and the Fairyland jubilee is going to be a flop! This is our tenth group of Rainbow Magic fairies; all seven books in the group will be released at once.It's party time! A big bash for King Oberon and Queen Titania is underway in Fairyland. The Party Fairies keep everything running smoothly, until Jack Frost's goblins steal their magic party bags. Now parties everywhere aren't festive --- they're a flop! Melodie the Music Fairy's magic is missing, and party music is hitting all the wrong notes. Rachel and Kirsty have to change the goblins' tune! Find the magic party bag in each book and save celebrations everywhere!
Daisy Meadows

Georgie Ripper is a children's book writer from England.