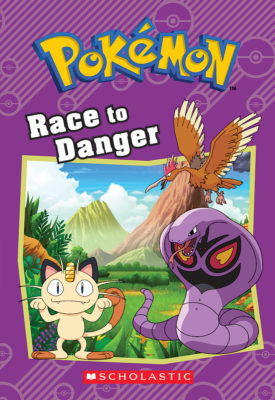 The Pokémon hot air balloon race is on. And the prize is a rare Dratini. Windy could have won-but Team Rocket took the wind out of her sails! Can Ash and his Pokémon help Windy blow off the competition? Between hail storms, Beedrill swarms, Weezing's Smoke Screen and Arbok's balloon-tearing fangs, the odds are against them. It's going to take a lot to win this race-but Ash won't let Team Rocket burst anyone's bubble.

This reissued illustrated chapter book is based on the classic characters found in Pokemon GO and the classic animated series on Netflix.
Tracey West