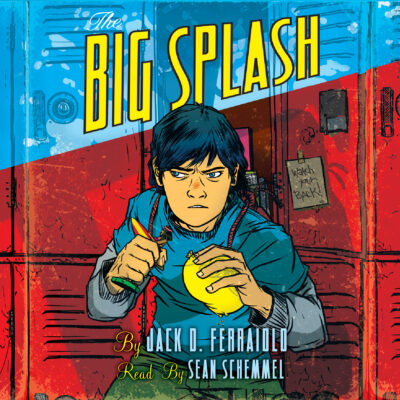 Matt Stevens narrates this story of how he got sucked into his school's "organization," a mafia-like syndicate run by seventh grader Vincent "Mr. Biggs" Biggio. Matt works to preserve his integrity while avoiding the "Outs," the group of kids who've been publicly humiliated by one of Vinny's Super Soaker-wielding henchmen.

Jack D. Ferraiolo is the writer, producer, and director of the animated series WordGirl for PBS. He was also the editor and producer of Home Movies for the Cartoon Network and a writer for Dr. Katz. This is his first book.