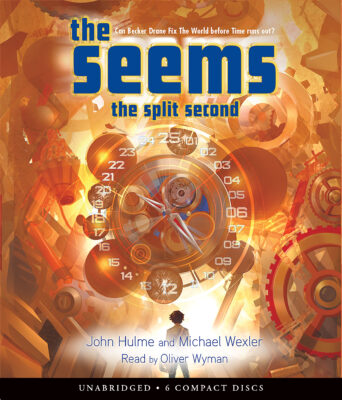 Becker Drane's still got the coolest job in The World, but being a Fixer while trying to live a normal, 13-year-old life isn't easy. On the way to a family vacation, a bomb explodes in the Department of Time. When Becker is called in to repair the damage, he discovers a path of destruction the likes of which he's never seen. Becker's going to need help to repair the damage The Tide has created.
John Hulme

MICHAEL WEXLER and JOHN HULME are the authors of The Seems: The Glitch in Sleep. They have also edited a collection of short stories for adults called Voices from the Exiled and authored other works of nonfiction for adults. Michael and John both live in the New York City area.

Michael Wexler and John Hulme are the editors of Voices of the Xiled, a short story collection for adults, and authors of other works of adult nonfiction. Michael and John both live in the New York City area.