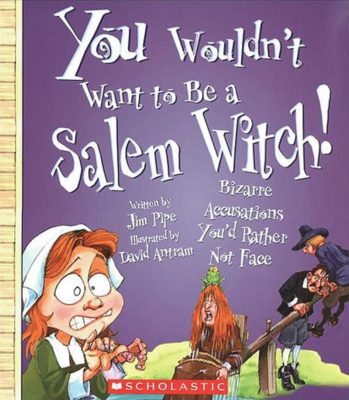 You Wouldn't Want to Be a Salem Witch! : Bizarre Accusations You'd Rather Not Face

Invites readers to become the main character. Each book uses humorous illustrations to depict the sometimes dark and horrific side of life during important eras in history.

So you think your friends and family will stick by you through thick and thin? Then you wouldn't want to be accused of practicing witchcraft in 17th-century Salem--where practically everyone you know would send you to prison or even Gallows Hill, just to save themselves.
David Antram

Jim Pope is an editor and freelance writer who lives in London. He has written several children's books on a variety of topics.