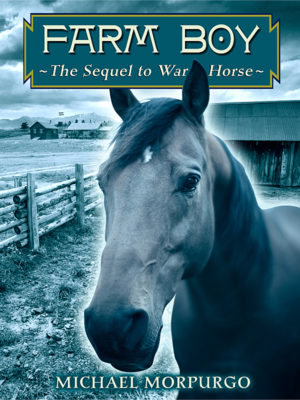 Farm Boy is the heartwarming sequel to War Horse, the beloved novel that has been made into a hit play and a major motion picture.

For years, Joey was a war horse, pulling ambulance carts and artillery through the battlefields of World War I. When he finally returned home to Albert and the farm, he was treated like a hero. But his adventures had only just begun.

Now, generations later, Albert's son loves to tell his own grandson stories about the remarkable horse. He tells him of Joey's feats in the war, and of the time when the family risked everything betting that Joey could win a daring race. As he tells the stories, he slowly reveals a shameful secret--a secret that he's kept to himself for years.

This charming book speaks to the bond between generations, and captures the spirit of rural life and the love of horses.