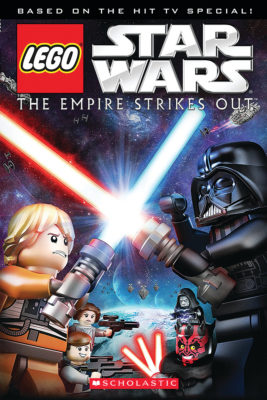 by Ace Landers, Illustrated By Scholastic

The Death Star has been destroyed, but the Empire isn't going down so easily. They are rebuilding the space station, and the Emperor is madder than ever. But while Darth Vader deals with the return of Darth Maul, it's up to heroes Luke Skywalker, Princess Leia, Han Solo, and their friends to travel to Naboo, save the day, and escape from... teenage fangirls?!
Ace Landers