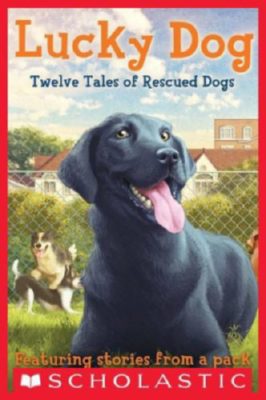 This collection is full of heartwarming and hilarious stories about the Pawley Rescue Center, where rescued dogs find their way into hearts and homes. You'll meet Foxtrot, a feisty Pomeranian who can't bear the thought of leaving her best friend. And Beatrice, whose bark is definitely worse than her bite. And then there's Pumpkin, one of the 101 Chihuahuas who turn life at the center upside down. Whether drooling, dueling, or just fooling around, these captivating canines will show you why the dog is kid's best friend!

Randi Barrow is an attorney and amateur historian, who has also published adult nonfiction. When dogs entered her life a dozen years ago, the effect was profound. SAVING ZASHA, her first children's book, was inspired and informed by her canine friends. Now a full-time writer, she lives in Los Angeles with her husband, musician/composer Arthur Barrow, and their Chihuahua mix companion, Manuel.

Marlane Kennedy is the author of ME AND THE PUMPKIN QUEEN and THE DOG DAYS OF CHARLOTTE HAYES. She has lived through one tiny earthquake, the blizzard of 1978, and a tornado that swept through Wooster, Ohio, where she lives with her husband and daughter. Though she is having a blast writing about disasters, she is hoping not to add any more to this list! You can find her online at www.marlanekennedy.com.

Elizabeth Cody Kimmel is the author of many books for young readers, including SECRET OF THE MOUNTAIN DOG, LEGEND OF THE GHOST DOG, BALTO AND THE GREAT RACE, and the Suddenly Supernatural series. She lives with her family in New York's Hudson Valley and spends her spare time reading, hiking, and trying to communicate telepathically with her beagle. You can find her online at www.codykimmel.com.

Leslie Margolis has written a bunch of books about kids and dogs, most famously BOYS ARE DOGS in the Annabelle Unleashed series, and GIRL'S BEST FRIEND in the Maggie Brooklyn Mystery series. She lives in the Hollywood Hills where she and her family enjoy hiking with Aunt Blanche, their rescue mutt.

Ellen Miles loves dogs, which is why she has a great time writing Puppy Place books. And guess what? She loves cats, too! That's why she came up with a series called Kitty Corner. Ellen lives in Vermont and loves to be outdoors every day, walking, biking, skiing, or swimming, depending on the season. She also loves to read, cook, explore her beautiful state, play with dogs, and hang out with friends and family. Visit her website at EllenMiles.net.

Teddy Slater has written over 100 books for children, including ABC SING-ALONG and THE LUCKIEST ST. PATRICK'S DAY EVER! She lives in upstate New York with her husband.

Allan Woodrow is the author of Unschooled, Class Dismissed, and The Pet War, as well as other books for young readers, written under secret names. His writing also appears in the Scholastic anthology Lucky Dog: Twelve Tales of Rescued Dogs.
Allan currently lives near Chicago with his family. For more about Allan and his books, visit him online at www.allanwoodrow.com.

Abby is a just a few years older than me. She says she volunteers here on the weekends, and she seems to know at least something about every single one of the dogs. That's pretty amazing, because there are a lot of them.
\t\"Do you want to see the puppy play area?\" she asks us, right off the bat.
\tWho in the world would say no to that? And sure enough, the puppy play area is a demolition derby of over-the-top cuteness. All these little fur-balls are romping and rolling around. I see one black-and-gray puppy barrel into a group of three other mini-mutts and knock them over like fuzzy bowling pins. A second later, he's up on his back legs and bopping the other puppies on their heads with his front paws.
\t\"We call that little guy Beezwax,\" says Abby. \"Because he never minds his own business.\"
\t\"What kind of dog is he?\" asks Mom.
\t\"A Siberian husky,\" says Abby. \"Very energetic.\"
\tI like him immediately.
\tNext we go out back to see the backyard. There are dogs in all shapes and sizes out here. Some are running around, and some are lying in the sun. Mom asks about a bunch of them. There's a bulldog and a boxer and a border collie–and that's just the Bs! She asks me what I think about each one, but I don't know what to say. They're all pretty awesome. How does anyone ever pick just one dog? Seriously?
\tNext we go inside to see some dogs in the kennel. Some of them are really friendly and come right up to us, wagging their tails a million miles an hour. An enormous Saint Bernard is slobbering on Mom right through the wire door, but I've already moved on. The dog in the next pen sees me. His tail thumps the floor a few times, but he doesn't get up. His fur could not be any blacker.
\t\"Who's this?\" I say.
\t\"Oh, that's Barkly,\" says Abby. \"Black Lab.\"
\tMom joins me, too. The dog's tail thumps the floor a few more times, but he still doesn't stand up.
\t\"He's a little older, around six, we think,\" says Abby. \"They're a little harder to place at that age, but there are a lot of advantages. . . . You know what you're getting. Less guesswork. He's a great dog!\" There's something different in her voice now, but I can't place it.
\t\"I like him,\" I say.
\tMom looks at him a little more closely. She glances over at the Saint Bernard, then back at Barkly. \"I don't know,\" she says. \"He doesn't seem as friendly as some of the others.\"
\tShe starts to move on, but I stay put. He's still looking at me, and just like that, I understand. I remember what Abby said: \"harder to place.\" He's friendly. He's just been here longer. He's not getting his hopes up. Everyone wants the supercute puppies, or the interesting, unusual breeds. Who's going to want some six-year-old black Lab?"