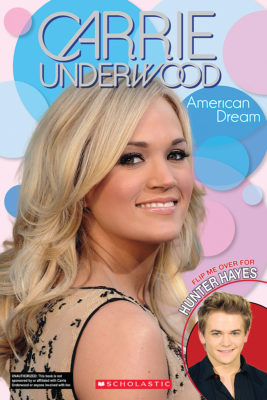 This flip book features 24 pages each on two of country music's biggest stars. There's no denying that Carrie Underwood is the reigning queen of country music. She's one of the biggest names in entertainment, having won multiple awards and toured all over the world. Find out all the details of Carrie's rise to fame, then flip the book over for 24 more pages on twenty-two-year-old, blue-eyed country cutie Hunter Hayes. Since bursting onto the country music scene in 2011 with an award-winning album, Hunter's been busy touring with Carrie Underwood and Taylor Swift, performing, writing new songs, and wracking up awards. Country music loves Hunter, and he's on his way to becoming just as famous as Carrie!
Riley Brooks