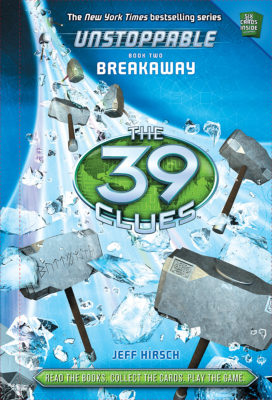 As a member of the most powerful family history has ever known, thirteen-year-old Dan Cahill has been shot at, kidnapped, and even thrown into a pit with a deadly snake. He's survived it all due to luck, smarts, and his older sister, Amy, who always sticks by his side.

Now Dan and Amy are facing their greatest threat yet, an enemy who has found a way to use the source of the Cahill family power against them. To stop him, Dan and Amy must set out on a desperate mission that will take them from one of the world's hottest regions all the way to the frozen blast of the Arctic Circle. But with the enemy closing in, Dan finds himself facing the one terror he never imagined -- being betrayed by his own sister.
Jeff Hirsch

Jeff Hirsch graduated from the University of California, San Diego, with an MFA in dramatic writing, and is the USA TODAY bestselling author of THE ELEVENTH PLAGUE and MAGISTERIUM. He lives in Beacon, New York, with his wife. Visit him online at www.jeff-hirsch.com.