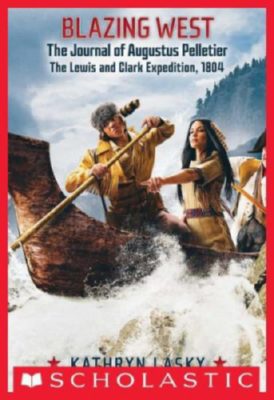 Fourteen-year-old Augustus, half French, half Omaha Indian, sets out to proof himself worthy of Lewis and Clark on their great adventure of discovery. He follows the explorers for two hundred miles before making his presence known to the commanding captain of the Corps of Discovery, Meriwether Lewis, himself. Gus's ability to read and write makes him useful to the explorers, and he starts to keep a record of their travels. But traveling west isn't easy, and the company faces constant danger. Is Augustus a tough enough explorer to survive such hardships?