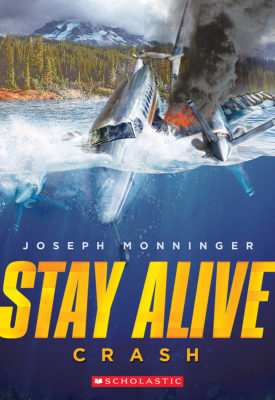 When the members of Junior Action News Team crash land in the Alaskan backwoods, one thing is clear: not everyone is going to survive. No cell phones. No internet. Their supplies are limited, as is their knowledge of the wilderness. Part of the group wants to wait it out. Other wants to search for help. But above all they must stay alive!
Joseph Monninger

Joseph Monninger lives in New Hampshire. His work has appeared in American Heritage, Scientific American, Reader's Digest, Glamour, Story, Fiction, Sports Illustrated, the Boston Globe, and Ellery Queen, among other publications. His young adult novel, Baby, was named one of the top 10 novels of 2008 by YALSA. He has appeared on the Today Show and has written columns for several New Hampshire newspapers. He has been a licensed New Hampshire Fishing Guide and his family ran a sled dog team for several years in the New England Sled Dog Club.