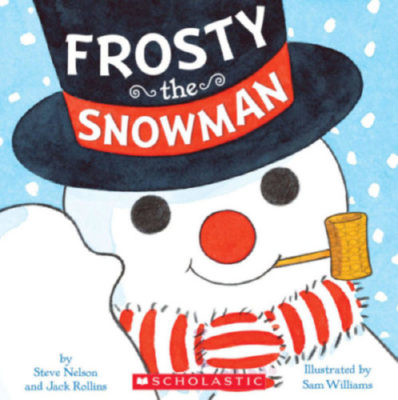 Written by Steve Nelson and Walter "Jack" Rollins, FROSTY THE SNOWMAN is a seasonally joyful story that continues to warm our hearts year after year. Famous for his cheerful character, whimsical appeal, and, of course, his button nose and two eyes made out of coal, Frosty is the most magical snowman in town.

Steve Nelson was a radio producer and singer. He co-wrote FROSTY THE SNOWMAN with Walter "Jack" Rollins in 1950. It has been a holiday favorite ever since.

Walter "Jack" Rollins, a musician and songwriter, and Steve Nelson, a radio producer and singer, co-wrote Frosty the Snowman in 1950. It has been a holiday favourite ever since.