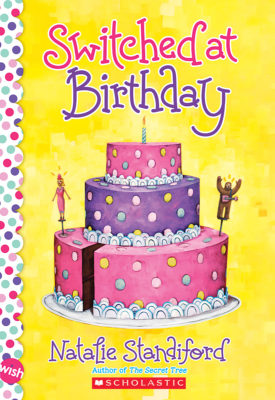 Switched at Birthday: A Wish Novel

Lavender and Scarlet are nothing alike. Scarlet is tall, pretty, and popular -- the star of the soccer team and the queen of the school. Lavender is . . . well, none of these things. Her friends aren't considered cool, her hair is considered less than uncool, and her performance at the recent talent show is something nobody will ever forget -- even though she really, really wants it to be forgotten.

There's only one thing Lavender and Scarlet know for sure they have in common: the same birthday.

They've never had parties together. They've never swapped presents. But this year, because of two wishes that turned all too true, they are about to swap something much bigger than presents. Because the morning after their birthdays, Lavender is going to wake up in Scarlet's body . . . and Scarlet is going to wake up in Lavender's. But in order to change back, they're going to have to figure out how to be someone completely opposite of who they ordinarily are . . .