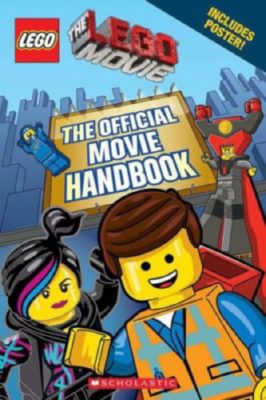 Emmet is just an ordinary LEGO Minifigure. That is, until he discovers he may be the only one who can stop the evil Lord Business from gluing the world together!

This official movie handbook includes everything you need to know about the LEGO Movie, told from the perspective of the characters! Learn about Emmet and his friends, read a special message from President Business, discover the different worlds in the LEGO Universe, and more. Plus, this handbook includes a special movie poster!

Jeffrey Salane grew up in Columbia, South Carolina, but moved north to study in Massachusetts and New York City. After spending many years playing in many bands, he now works as an editor and writer, and lives with his family in Brooklyn. Visit him at jeffreysalane.com.