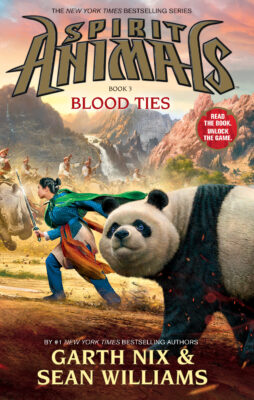 Erdas is a land of balance. A rare link, the spirit animal bond, bridges the human and animal worlds. Conor, Abeke, Meilin, and Rollan each have this gift-and the grave responsibility that comes with it.

But the Conquerors are trying to destroy this balance. They're swallowing whole cities in their rush for power-including Meilin's home. Fed up with waiting and ready to fight, Meilin has set off into enemy territory with her spirit animal, a panda named Jhi. Her friends aren't far behind . . . but they're not the only ones.

The enemy is everywhere.

New York Times bestselling author Sean Williams lives in Adelaide, South Australia. He is the author of over 6- published short stories and 22 novels, and has written several novels in the Star Wars universe.