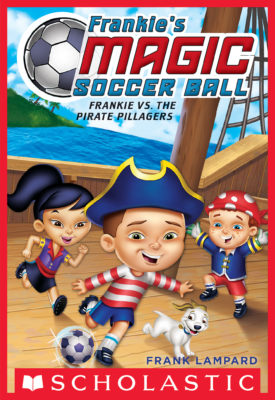 Frankie and his teammates love playing soccer. They can always find time for a game. But when they win an old soccer ball at a carnival, they're transported to a magical world of soccer that they never knew existed! Can Frankie and his team beat the Pirate Pillagers and make their way home?
Frank Lampard