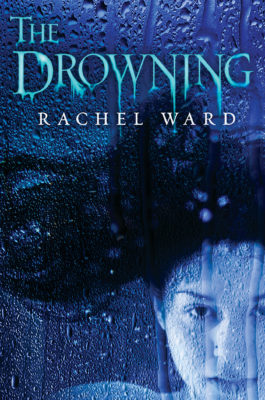 With a jolt, Carl opens his eyes. He's on the bank of a lake, soaked to the bone. Rob, his brother, is being zipped up in a body bag. And a girl, drenched and trembling, is talking to the police. Who is she? What happened in the water? And why can't he remember any of it?
"Bring her to me . . ."
At first Carl thinks it's his grief speaking. Remembering Rob. The sound of his voice, things he used to say.
"Bring her to me . . ."
But then Carl starts to see him. Rob's face in the water before it washes down the drain. His ghost rising up from the puddles. His hands clawing out of the moldy, rain-rotted walls. Like a dripping tap, he won't stop.
"Bring her to me!"
Rob may be dead. But he's not gone. Because he wants to finish what he started, and he won't go under alone.
By the author of the internationally bestselling NUMBERS series, THE DROWNING is a dark psychodrama about love and brothers, crimes and consequences, redemption and revenge.
Rachel Ward

All my energy seems to have disappeared in the arctic cold of the water. All I can do is look at my brother. His blue-white feet, the deep red welt around one ankle. Scratches on his face and scrapes on his knuckles, mud under his nails. I can see it all, every detail.

He's there and not there. Solid and mud-streaked and see-through. The water is flowing into him and through him and out of him, flooding out from his nose and mouth, oozing from the pores of his skin.

The water on my shoulders is digging in now. Dropping like nails on the same sore patch of skin. I wish I'd never started this.

"You owe me, little brother."

His mouth doesn't move, but it's his voice. Am I reading his thoughts? Is he reading mine?