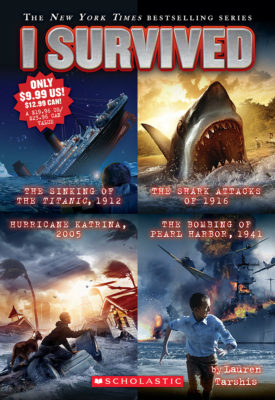 When disaster strikes, heroes are made.

In this collection, witness unforgettable kids who, against all odds, survived sinking ships, shark attacks, the most destructive hurricane to hit North America, and the bombing that launched the United States into World War II.