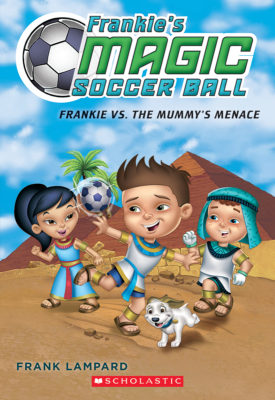 Frankie and his friends love playing soccer. It's their favorite thing to do. And now that they have their magic soccer ball, they're playing against teams they never imagined!

But when Frankie, Charlie, Louise, and their dog pal, Max, get transportated to ancient Egypt, they're in for a surprise. Will they be able to beat the menacing mummies?
Frank Lampard