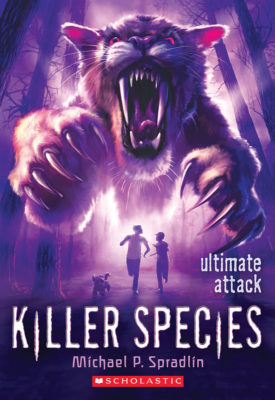 It's all come to this.

Dr. Catalyst has had enough of Emmet Doyle's meddling. Time after time, Emmet and his friend Calvin Geaux have stepped in to ruin his plans, just when he'd released one of his genetically engineered killer species into the Florida environment.

This time, Dr. Catalyst is releasing his most deadly creation yet. It's a terrifying lone hunter, bred to stalk and destroy one specific target -- Emmet Doyle.
Michael P. Spradlin