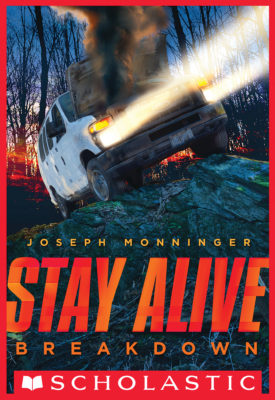 When the bus carrying a group of kids home from summer camp breaks down on an abandoned road during a heatwave, things go from bad to worse very quickly. There's nobody around to help. Sixty miles back the way they came in camp. Sixty miles the opposite direction is the highway. Neither direction is the source of much hope. With no way to call for help, this group must ride it out and survive the elements. Will they make it through?
Joseph Monninger

Joseph Monninger lives in New Hampshire. His work has appeared in American Heritage, Scientific American, Reader's Digest, Glamour, Story, Fiction, Sports Illustrated, the Boston Globe, and Ellery Queen, among other publications. His young adult novel, Baby, was named one of the top 10 novels of 2008 by YALSA. He has appeared on the Today Show and has written columns for several New Hampshire newspapers. He has been a licensed New Hampshire Fishing Guide and his family ran a sled dog team for several years in the New England Sled Dog Club.