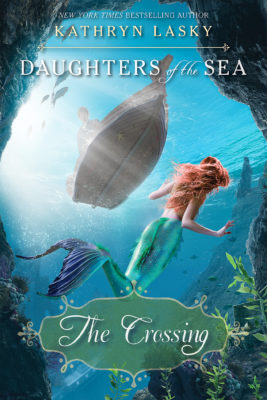 The Crossing (Daughters of the Sea, Book 4)

Series: Daughters of the Sea

Once a maid, Hannah is now engaged to a talented painter. But although both were born mer, Stannish has severed ties to the sea and insists that Hannah do the same. Torn between love and the Laws of Salt, Hannah must make a choice that can only lead to heartbreak.

Lucy grew up longing to swim, but her mother believed that girls belonged in the drawing room, not the ocean, and took drastic measures to keep Lucy's identity a secret. Now it's up to Lucy's sisters to save her, before she succumbs to landsickness . . . or the executioner's noose.

After a lonely childhood, May suddenly found everything she'd ever wanted. But now with Hannah pulling away and Lucy sentenced to die, May's world is falling apart. Is she destined to lose her sisters all over again?

This conclusion is as beautiful and dangerous as the sea itself. Fans of Downton Abbey will delight in the Edwardian splendor, and all readers will be swept away by a tide of magic and romance.