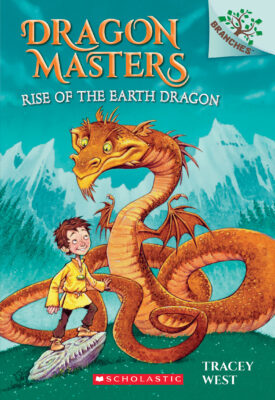 Rise of the Earth Dragon: A Branches Book (Dragon Masters #1)

DRAGON MASTERS has it all! Dragons, a Dragon Stone, a king, a wizard, and magic! In the first book in this fully-illustrated series, 8-year old Drake is snatched up by King Roland's soldier and taken to the castle. He is to be trained as a Dragon Master. At the castle, he is joined by three other young Dragon Masters-in-training: Ana, Rori, and Bo. The Dragon Masters must learn how to connect with and train their dragons--and they must also uncover their dragons' special powers. Does Drake have what it takes to be a Dragon Master? What is his dragon's special power?
Graham Howells