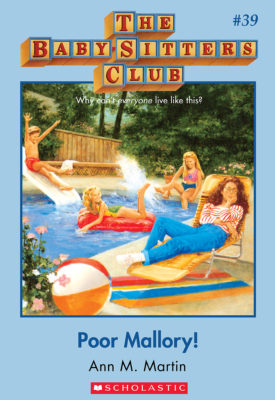 There's some bad news in the Pike family: Mallory's dad has just lost his job. And since money is going to be tight until Mr. Pike finds a new job, all eight of the Pike kids decide to help out.

Nicky gets a paper route, Vanessa tries selling her poetry, and Mallory takes a baby-sitting job in Kristy's ritzy neighborhood. But being around the Delaneys only makes Mallory feel poor. They have a cat that cost $400 and tennis courts in their backyard!

Poor Mallory--she needs the Baby-sitters now more than ever!