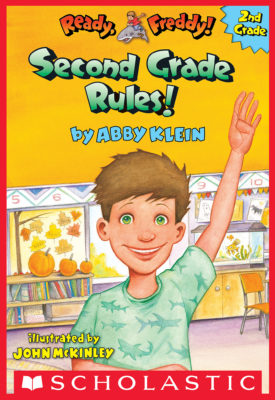 Freddy likes his new second-grade teacher, but he doesn't like being stuck with Max and Chloe -- especially since his best friend, Robbie, is in another class! Is Freddy ready to reach out to the new student, Josh, and make a friend?