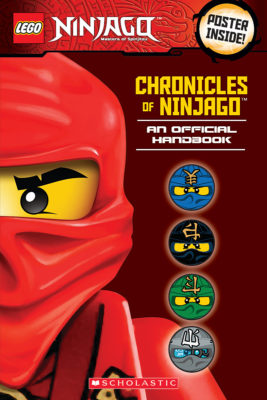 Master the world of Spinjitzu with this Official Handbook! You'll discover...
The heroes and villains: Stats and facts on Cole, Jay, Kai, Zane, and Lloyd, plus the Serpentine, the Nindroids, the Overlord, and more!
The history: A timeline of Ninjago's past, including the story of brothers Wu and Garmadon.
The secrets of Spinjitzu: The lowdown on the ninja's hideouts, weapons, and vehicles.
The next chapter: A sneak peek at the ninja's next thrilling adventure.
Whether you're a longtime fan or you're new to the ninja, this book has everything you need to get in on the action!
Tracey West