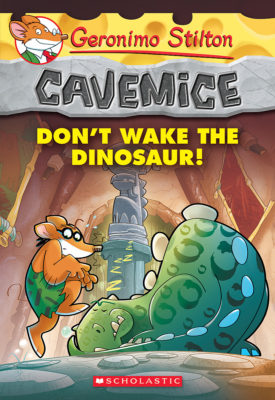 It's the night of the big Cavemouse Idol competition, but Geronimo Stiltonoot isn't there. He has a cold, and goes to bed early. But when it's discovered that the contest's valuable grand prize has been stolen, Geronimo is the main suspect! He must prove his innocence . . . or he'll end up in enormouse trouble!
Geronimo Stilton