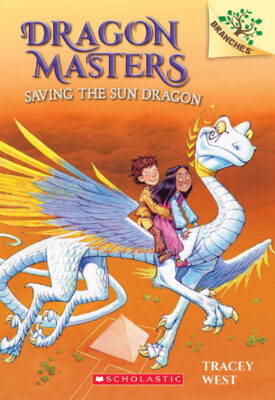 In the second book in this fully-illustrated series, Drake and the other three Dragon Masters (Ana, Rori, and Bo) continue their training. But Ana's dragon, Kepri, is sick. The wizard tries to make her feel better, but his potions are not working. Drake's dragon, Worm, must use his special powers to take the Dragon Masters across the world in search of a cure. What made Kepri sick? Will the Dragon Masters be able to save her? And what dangers will they face along the way?
Damien Jones