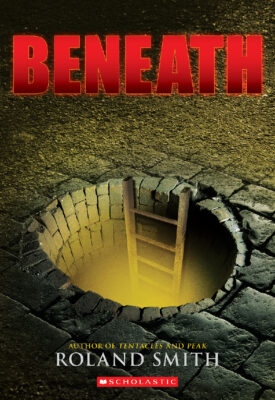 Pat O'Toole has always idolized his older brother, Coop. Coop is... different. He doesn't talk on the phone, doesn't use email, and doesn't have friends. He's never really cared for anything but the thrill of being underground, and for Pat of course. So it's no surprise to anyone that after a huge fight with their parents, Coop runs away. One year later, Pat receives a package containing a digital voice recorder and a cryptic message from his brother. He follows the clues to New York City and soon discovers that Coop has joined the Community, a society living beneath the streets. Now it's up to Pat to find his brother -- and bring him home.

Exactly one year to the day after my brother, Coop, ditched me, I got a package in the mail.

It came to the school, not our house.

The secretary handed me the package with a warning that I was never to use the school as my personal address.

I was going to tell her that I hadn''t when I saw my name: Pat Meatloaf O''Toole, scrawled in Coop''s familiar handwriting.

Meatloaf is not my real middle name.

I told her I would never do it again, grabbed the package, locked myself in a restroom stall, and tore the box open.

Inside was a handheld digital voice recorder, a supply of memory sticks, and a note written on a greasy hamburger wrapper:

Lil Bro, Pat, just turn the recorder to Play and I''ll explain what you''re supposed to do with this. DO NOT share with parents. This is just between you and me.
Your Big Bro, Coop

I made sure the restroom was empty and switched on the recorder.'