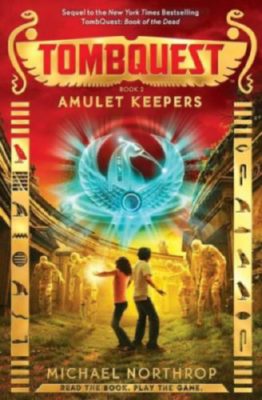 Strange things are happening in London. Red rain is flooding the streets. People are going missing. And someone's opening graves in Highgate Cemetery . . .

Only Alex and his best friend, Ren, suspect the truth: a Death Walker, a powerful ancient Egyptian evil, is behind the chaos. Their quest to bring him down takes them from New York to London, and from the land of the living to the deep underground tombs of the long dead. Will they be in time to stop the Death Walker before he gets too powerful . . . or will the tombs claim them, too?

Read the sequel to the New York Times bestseller, then continue the adventure online! Build an Egyptian tomb of your own, hide treasure and protect it with traps, then challenge your friends to break in.
Michael Northrop