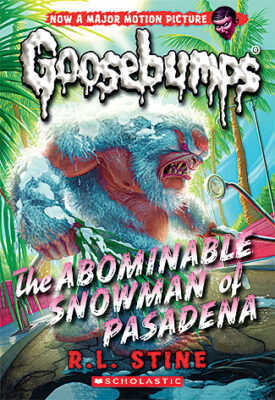 Jordan Blake and his sister, Nicole, are sick of the hot weather in Pasadena, California. Just once they'd like to have a real winter with real snow.

And then it happens. The Blakes are taking a trip to Alaska! Mr. Blake has been asked to photograph a mysterious snow creature there.

Poor Jordan and Nicole. They just wanted to see snow. But now they're being chased by a monstrous creature. A big furry-faced creature known as the Abominable Snowman!