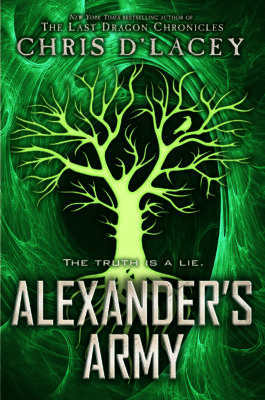 When Michael Malone is assigned a new mystery to solve by the UNICORNE agency, he knows he's in for another strange and deadly adventure. This time, he is sent to a local comic shop, where UNICORNE agents have detected unusual activity -- specifically the prominent display of a comic book starring a disturbingly familiar heroine. . . .

The more Michael investigates the comic shop, however, the more he realizes that something much more sinister lurks within its walls. An invisible army has come to life, with a menacing maniac at its head. Even worse, Michael gets the sense that some of his fellow UNICORNE agents cannot be trusted, and that his own life may be in danger. Can he solve the case and defeat his enemies before it's too late? And is he any closer to finding his missing father?

"I told you, Michael, the multiverse has infinite possibilities and you have the power to jump across it, just like a freight train switching tracks." Klimt picked up the cube again and randomized the colors. "The limiting factor is your ability to maintain control of the shifts' - ! ' the observable friction is simply your lack of belief in your gift."
"Curse," I said. "It''s a curse, not a gift. Look what it''s done to Freya."
"We will take care of Freya," he said.
I didn''t like the sound of that. "How? In what way?"
"Be calm, Michael. She will not be harmed, but she must be controlled."
"How?" I said again.
He tapped the chair. "We have secure facilities--"
"You''re gonna cage her? Hah! Are you mad?"
"She is dangerous. You witnessed that this morning."
"I won''t betray her," I growled. "She was my friend once." My closest friend. The only girl apart from Josie I''d ever really liked. And now she scared the wits out of me. "I''m not gonna set her up or lead her to you."
"Trust me, we are capable of tracking down Freya. In the meantime I want you to investigate another situation. Something rather intriguing has developed, which appears to be connected to the shift you generated. Another . . . force has acted on the changes you made to the boundaries of the temporal equilibrium."
I spread my hands. "In English, please."
He reached into his jacket and pulled out what looked like a comic book. "Do you know a store in Holton called ''The Fourth Enchantment''?"
"Yes," I said, though I''d never been there. It was a tiny place off the main mall where you could buy any number of comic books or action figures. A hang-out for nerdy kids who dug superheroes. I''d read a lot of science fiction books, but Spiderman had never really been my thing.
Klimt leaned forward and handed me the comic. "This was prominently displayed in the window yesterday."
I looked at the cover and my heart all but stopped. The comic was called "The Amazing Crow Girl."
And there, on the front, was a pretty good likeness of Freya. Wild hair. Wings spread. Crows around her, flying. Trapped beneath her feet was a limp human figure.
Me.'