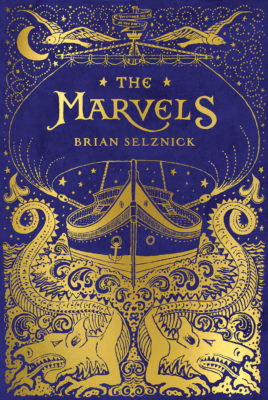 The journey begins at sea in 1766, with a boy named Billy Marvel. After surviving a shipwreck, he finds work in a London theatre. There, his family flourishes for generations as brilliant actors until 1900, when young Leontes Marvel is banished from the stage.

Nearly a century later, runaway Joseph Jervis seeks refuge with an uncle in London. Albert Nightingale's strange, beautiful house, with its mysterious portraits and ghostly presences, captivates Joseph and leads him on a search for clues about the house, his family, and the past.

A gripping adventure and an intriguing invitation to decipher how the two stories connect, The Marvels is a loving tribute to the power of story from an artist at the vanguard of creative innovation.