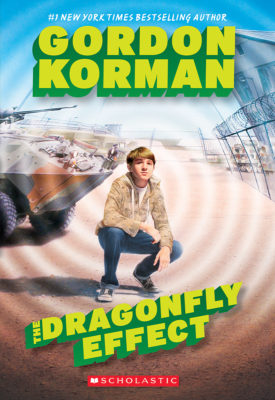 The Dragonfly Effect (The Hypnotists #3)

The government has promised to protect Jax Opus and his family from enemies that want to use his hypnotic power to bring more evil into the world. Jax has reluctantly agreed to be protected. But protection has its price -- and soon Jax learns that if the government is going to help him, it's going to want some help in return.

The reach of Jax's hypnotic talents is especially dangerous because he doesn't have to be looking at people directly to control them. No, he can hypnotize people through video broadcasts -- so a person can be innocently checking a computer, and suddenly have a hypnotic message planted.

Even worse? Jax is not the only person who can do this. He is up against a hypnotic mastermind who has more than a few tricks up his sleeve.

It's a race against time and the power of evil in this heartstopping adventure from #1 New York Times bestselling author Gordon Korman.