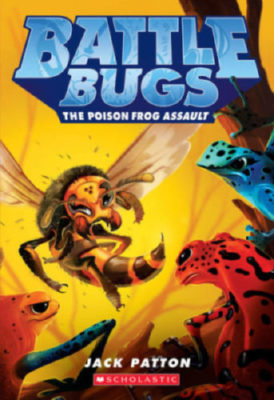 The leader of the reptiles has forged an alliance with a flock of insect-hungry flycatchers. Faced with peril from the air, Max must team up with Buzz to drive off this new menace. But while the bugs have their eyes on the skies, they are vulnerable to an amphibious attack by a squad of poison dart frogs!
Jack Patton