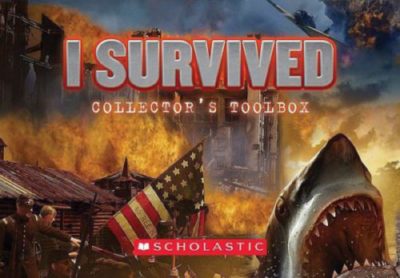 I Survived Collector's Toolbox (I Survived)

More epic tales of survival in the bestselling I Survived series!

This boxed set contains a Survival Tool and ten I Survived paperbacks: