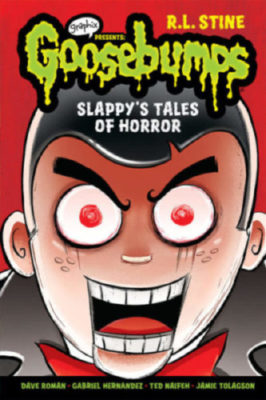 The talented Dave Roman creates the horrifying drawings for "The Night of the Living Dummy," the origin story about that most evil of all ventriloquist dummies, Slappy!

Ted Naifeh is at his creepy best in "Ghost Beach," a scary ghost story about a brother and sister who investigate a local legend and discover a terrible secret about their family.
Ted Naifeh

Dave Roman is the author/illustrator of the Astronaut Academy series. He is the co-author of two New York Times bestselling graphic novels, X-MEN: MISFITS and THE LAST AIRBENDER: ZUKO'S STORY. He lives in Astoria, New York.