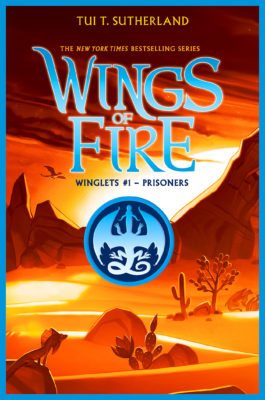 Fierceteeth knows she could have been a dragonet of destiny. She's a much better NightWing than that weird brother of hers, Starflight. Her dreams of glory have been painfully scorched, though, and now she and Strongwings are captives in the SandWing prison, waiting to be put on trial. Fierceteeth just wants a chance to tell her side of the story -- before it's too late.

Tui T. Sutherland, author of the bestselling Wings of Fire series, soars further into the world of Pyrrhia's dragons than ever before! In these brand-new short stories, fans will meet old friends and new ones, uncover shocking secrets, and learn more about the terrible challenges that will test all dragonkind!

Each story is available exclusively in e-book and is the perfect read for Wings of Fire fans who just can't wait for the next book in the series!
Tui T. Sutherland