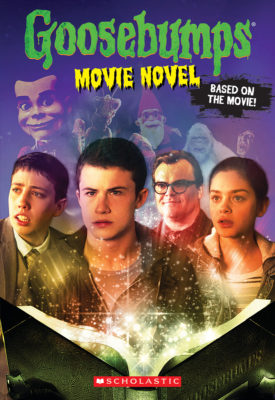 Goosebumps The Movie: The Movie Novel

* With exclusive introduction from the REAL R. L. Stine! Plus eight pages of color pictures from the movie. *

Zach, 16, has just moved from NYC to a creepy small town. He soon realizes his new neighbor, Hannah (also 16), is in danger. When he tries to rescue her, he accidentally unleashes the monsters created and brought to life by her writer father, R.L. Stine.

Now it's up to Zach, Hannah, and Stine to get the monsters back in their books where they belong. Can they stop the monsters... for good?
Scholastic