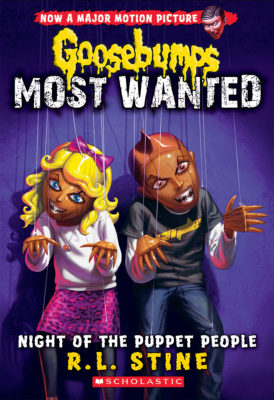 Night of the Puppet People (Goosebumps Most Wanted #8)

Just in time for the Goosebumps movie, in theaters October 16, 2015!

Ben and Jenny Renfro are terrified of puppets and they don't know why. It's just been a fear that the twins have shared for as long as they can remember. Yes, they are creeped out by all kinds of puppets, but especially marionettes. Something about all of those wires is extra scary.

The twins are determined to defeat their class rivals by winning their school's talent contest. And that means doing whatever it takes. Even if they have to surround themselves by the thing they hate most--puppets! But there is more to these guys than just string and glue. Something evil is hanging around. Will Ben and Jenny be able to take control?